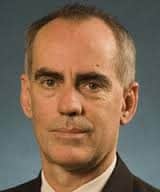 Lake Macquarie Independent MP, Greg Piper spoke with Richard King about the notorious Rutleys Road in Mannering Park. Another life was tragically taken along the stretch of road yesterday, a 37 year old man died after a crash between a 4WD & a truck. Its the third fatality in eight months.