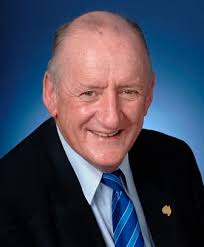 Richard King spoke with the Honourable Tim Fischer AC, former Australian Deputy PM. In 2008 Fischer was nominated by the then PM Kevin Rudd as the first resident Aus Ambassador to the Holy See.We got his thoughts on calls to cut diplomatic ties with the Vatican due to the scale of child sex abuse within the Catholic Church.

Tim is also an advocate for light rail we asked him about his thoughts for the possibility for a fast train on Aus East Coast. He has also raised the idea in the past of changing the date that we celebrate Australia Day to April – Richard also canvased his opinion on US President Donald Trump.