Police are appealing for information following the theft of a BMX bike at Cessnock earlier this week.

It’s believed a black and purple Exile bike was stolen from outside a licensed premises on Neath Street just before 8pm on Monday.

Officers have now released a CCTV image of a man who may be able to help in tracking the bike down.

He’s described as being of Caucasian appearance with a medium build and dark hair.

He was last seen wearing dark clothing, a cap and was carrying a backpack. 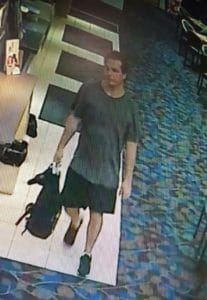