Police are appealing for information after a Glendale fast food restaurant was robbed earlier this week.

It’s believed the man entered the Main Road restaurant around 7pm on Tuesday with his face covered and armed with a knife.

Officers say he demanded the 17-year-old employee hand over money from the register.

The man then allegedly fled the scene with a sum of cash.

Police are now investigating and they’re hoping to find the man.

He’s described as being around of Caucasian appearance, 183cm tall with a skinny build and was last seen wearing a black jumper and light coloured pants. 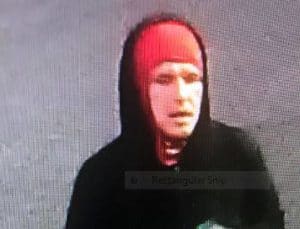