Ausgrid is calling on Lake Macquarie residents to keep an eye out for people acting suspiciously around their Toronto West substation after would be thieves tried to steal their copper wires.

Jonathon Hall from Ausgrid says the attempted theft could have had tragic consequences.

“This is incredibly dangerous behaviour”

“These were high voltage, live power lines carrying around 11,000 volts and those who were involved in this put their own lives at risk and potentially those of the community,” he says.

It’s believed the would be thieves were at the substation on Awaba Road in the early hours of yesterday morning. 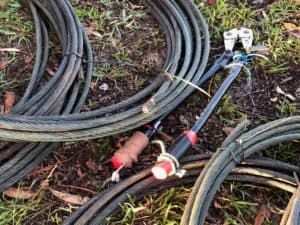