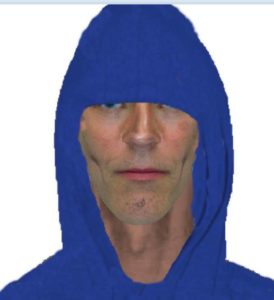 Police investigating an attempted abduction at Adamstown last weekend have now released an e-fit image of the alleged offender.

r, while she was walking along Glebe Road at 6pm Sunday night.

Thankfully, she managed to escape.

Officers are now looking for a man described as being of Caucasian appearance, around 183 centimetres tall with a thin build and wearing a blue hooded jumper.

He was last seen driving east on Glebe Road in a grey Holden Commodore sedan.