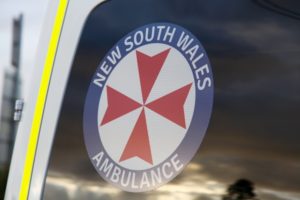 It’s believed the incident occurred around 11-am and involved an underground cable, which caused around 800 homes and businesses to lose power.

A man has been taken to hospital following the incident

He’s reportedly in a serious condition after receiving an electric shock.

Power has since been restored to most of the area.

Previous ArticleTransport minister explains the weekend closure of Stewart Ave, Newcastle.Next ArticleTraining yourself to be an early bird. Tips from Dr David Cunnington