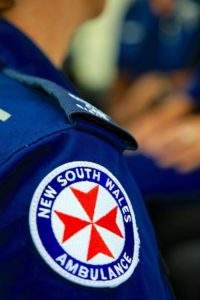 Members of the public have rescued an unconscious man from the water at Frenchmans Beach at Swansea Heads this morning.

The man, believed to be in his 60s, had been underwater for around 2 minutes when he was spotted at about 11:30am.

Bystanders jumped into action and performed CPR until he regained consciousness.

Paramedics later took the man to the John Hunter Hospital with a severe laceration to the forehead.

He’s now in a stable condition.