A Newcastle man is facing dozens of charges, after police seized a number of firearms from a storage facility earlier this month.

Officers under Strike Force Raptor raided the Cardiff property as part of their investigation into the Hunter’s bikie gang problem.

Today, a 28-year-old man believed to be a member of the Finks OMCG, was arrested at a home on First Street, Cardiff South.

He’s been slapped with 42 charges including unauthorised possession of a firearm and participation in a criminal group. 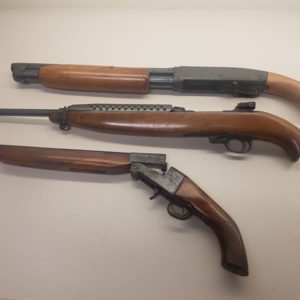