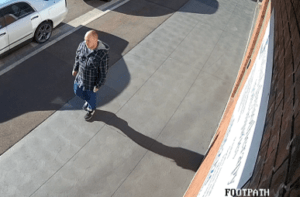 Police are on the hunt for a man who allegedly robbed an East Maitland restaurant yesterday.

It’s believed the man approached the service counter of the High Street business around 3pm, where he produced a knife and demanded cash.

He fled the scene on foot with the money and was last seen heading to a nearby train station.

Police are now looking to speak to a man spotted in the area on CCTV.

The man is described as being of Caucasian appearance, aged 25 to 30, 178cm tall with a solid build and receding red hair.

Previous ArticleMen Sheds are popular and Brent Speaks with Rob Bull about an event.Next ArticleStolen Car involved in Charlestown Crash