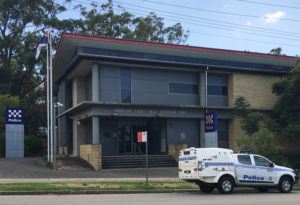 Police have charged a man over alleged break-in and fraud offences in Wallsend.

Officers have been investigating a series of break-ins throughout the suburb since January, and arrested the 18-year-old at a Wallsend home last night.

He’s been charged with a raft of offences including three counts of break and enter, damage property, breach AVO and two counts of obtaining property by deception.