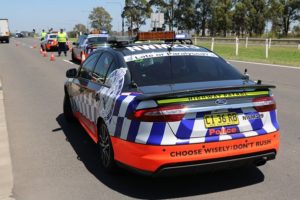 Police have arrested a man after they were led on a pursuit through Cardiff overnight.

Officers were patrolling along Main Road when they spotted a Holden Commodore at about 11pm.

They tried to pull it over after finding the car’s number plates belonged to a Hyundai Excel with cancelled registration.

The driver failed to stop and then took off towards Wallsend.

He came to a stop near Watkins Street and fled on foot, before he was caught.

Officers also found a 13-year-old boy in the back seat of the car.

The 39-year-old has now been hit with multiple charges including dangerous driving and was refused bail.