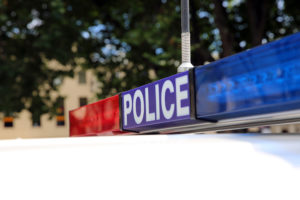 Investigations are underway after a fatal crash on the Stockton Bridge yesterday afternoon.

Police say a Ford Falcon collided with a Toyota Camry in the southbound lanes around 3:45pm, before the Ford hit an oncoming ute.

The ute then collided with a BMW heading northbound and burst into flames.

The driver of the ute, thought to be a 57-year-old Tanilba Bay man, suffered critical burns and died at the scene.

The drivers of the other three cars were taken to hospital for mandatory testing.

A 46-year-old man driving the Ford injured his arm while the 68-year-old man behind the wheel of the BMW suffered chest and rib injuries.

The 34-year-old driver of the Camry was uninjured.

Any witnesses or anyone with dash cam footage of the incident is urged to contact police or Crime Stoppers on 1800 333 000.