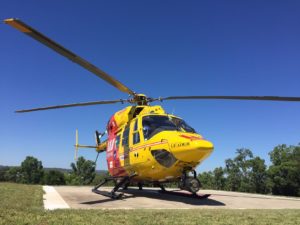 A man is recovering in the John Hunter Hospital after being pinned by a motorbike north-west of Singleton yesterday.

It’s believed the man, aged in his late 50s, was working on the bike around 10am when it fell off its stand at some point.

It pinned the man by his head and also broke his arm.

He was found by his wife around 4:30pm and was airlifted to hospital by the Westpac Rescue Helicopter.

It’s believed the man is now in a stable condition.