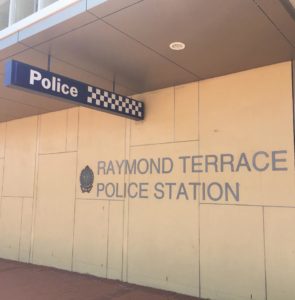 Two men have been charged over the large-scale copper wire theft from Tomago over the past month.

Police launched an investigation after 940kg of copper wire was reported stolen from the land owned by Hunter Water since November 14.

Police arrested one of the men at around 1am on Monday morning after two vehicles were spotted entering the enclosed lands, possibly preparing to take more wire.

The other man, a 38-year-old, was later arrested at his Anna Bay home and charged with two counts of trespass, goods in custody and two counts of larceny greater than $15,000.

Both men have been granted conditional bail and will front Raymond Terrace Local Court on December 17.