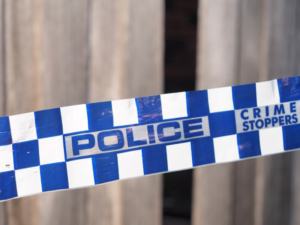 A Charlestown man has been charged over the alleged importation of several firearms.

49-year-old Anthony Raymond is accused of purchasing the weapons over a five week period.

Border Force officials reportedly intercepted a number of packages being sent to Raymond at Sydney before raiding his EK Avenue home on Wednesday.

It’s believed the weapons which included a grenade launcher, machine gun, a gas-propelled anti-personal mine and a shot gun were found at the property.

NSW Police charged the man with numerous offences including cultivating a prohibited plant while the Australian Border Force also charged him with 11 counts of importing prohibited firearm parts.

Raymond fronted court yesterday where he failed to enter any pleas.

He’s been formally refused bail and will front court again on the 20th of December.

Previous ArticleDo you know anything about the disappearance of Gordana Kotevski?Next ArticleGavin Morris is attempting to break the world record for distance paragliding.