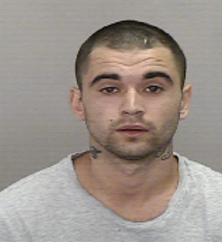 The hunt is on for a Central Coast man, who is wanted on an outstanding warrant.

26-year-old Sam Conway is wanted for a number of serious offences including cause with intent to murder, assault and possession of prohibited weapons.

Police officers in Tuggerah are asking the public to help them locate Mr. Conway.

He’s described as being of Caucasian appearance, with a thin build, brown hair and brown eyes.