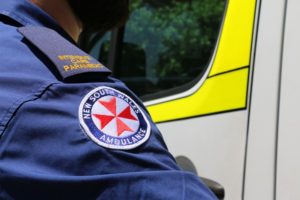 Investigations are underway after a male motorcyclist was killed in a collision in the Hunter Valley overnight.

The man collided with two cars on the New England Highway near Whittingham, just before 7:30pm.

Emergency services were called to the scene, but the 50-year-old rider died shortly afterwards.

The highway remained closed for some time but it’s now reopened.

While officers from the Crash Investigation Unit are now looking in to the matter.