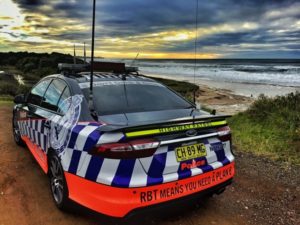 Two people have been charged with a raft of offences that were allegedly committed in Newcastle and the Mid North Coast.

Officers spotted it at Williamtown around 4pm before the offenders allegedly lead them through Fullerton Cove, Fern Bay, Stockton, Mayfield and Tighes Hill.

The car then got stuck on a median strip.

The couple reportedly tried to force drivers out another two cars before fleeing on foot.

Police caught up with them on Industrial Drive, where they were arrested.