3 men have been charged over their roles in eight armed and violent robberies at bowling clubs and a golf club across Lake Macquarie since February.

They’ve been charged over the robberies at clubs at Rathmines, New Lambton, Telarah, Boolaroo, Toronto and Edgeworth.

Police say they threatened and assaulted staff with weapons, including knives, bricks, and a metal pole, and even assaulted a cleaner with a hammer. 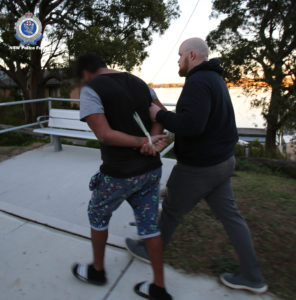 The men in their 20’s have been charged with 17 offences and have been denied bail, while the third man granted strict conditional bail.