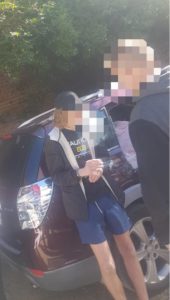 An 18-year-old Tighes Hill man has been charged with multiple assault offences over an alleged coward punch incident in Port Macquarie last month.

The man reportedly assaulted another male on the 28th of June, with the victim being knocked out and sustaining serious facial injuries.

The teenager was spotted by plain clothed police on Brown Street yesterday morning.

He fled the scene on foot, but was caught at a nearby car park.

The man, who is on parole until 2020, has been refused bail and will front a Port Macquarie court next month.