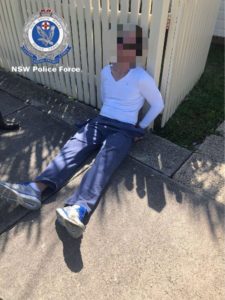 A Hamilton South man has been charged over several robberies across Newcastle over the past few months.

The man was spotted acting suspiciously in the front yard of a property at The Junction yesterday morning.

Police tried to arrest him on Union Street, as they approached he dropped the bag he was carrying and fled on foot.

They arrested him on Kemp Street, where they reportedly found him with a stolen driver’s licence which was taken from Cardiff last week.

Police discovered he was already wanted over a robbery at New Lambton in June.

The 34-year-old was charged with a raft of offences and will front Newcastle Local Court today.