Police have charged a man over various stealing offences across Newcastle.

Investigations began after the 29-year-old allegedly stuffed products from an Elermore Vale shop down his pants on Thursday, and threatened staff with a knife after they confronted him.

The man is then accused of stealing a charity donation box from a Hunter Street fast-food business on Friday night.

It’s also alleged he stole a credit card from shared accommodation house in Hamilton East on Saturday, before using it fraudulently eight times. 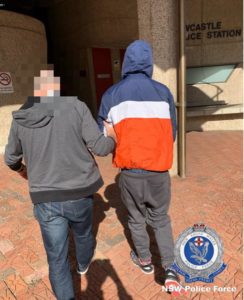 The offender was arrested in Newcastle West yesterday and was later charged with multiple offences.

It’s since been discovered that the man is currently on parole.

He’s been refused bail until his next court appearance.