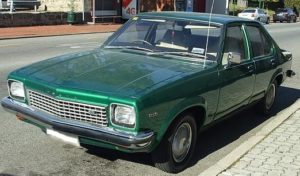 Police have released an image of a car that they believe could be linked to the disappearance and suspected murders of three teenagers in Lake Macquarie.

Strike Force Arapaima was set up earlier this year to investigate the disappearances of Robyn Hickie and Amanda Robinson in 1979, and Gordana Kotevski in 1994.

They now believe a distinct green coloured, mid 70s, four door Torana sedan may be linked to the disappearance of Hickie and Robinson.

Police are asking for anyone who may have known someone with a similar car in Lake Macquarie at the time to come forward.

Robin Hickie was 18-years-old when she was last seen at a bus stop on the Pacific Highway at Belmont North around 7:15pm on the 7th of April 1979.

While the then 14-year-old Amanda Robinson was last seen on the 21st of April 1979 near a bus stop on Lake Road, Swansea.