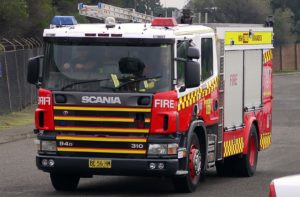 An investigation is underway, after a series of deliberately lit fires flared up at Lake Macquarie on Thursday afternoon.

Fire crews were called to the Glenrock State Conservation area, after a blaze started near Burwood Road and the Fernleigh Track just before 5pm.

While they struggled to put it out, another two fires started nearby.

It took crews several hours to get them under control and by that time, the fires had burnt through 5 hectares of bushland.

Police have since launched an investigation.

They’re now looking for a man they’d like to speak with whose described as Caucasian, about 170cm tall, in his mid to late 40s, with a solid build and scruffy dark brown hair in the style of a mullet.