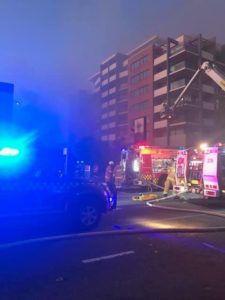 An abandoned former hotel in Newcastle has been completely destroyed by fire overnight.

40 firefighters were called to the scene on King Street just after 5:30 following reports of an explosion.

Around 100 residents in neighbouring properties were evacuated while fire crews worked to contain the blaze.

Four people were reported missing, however they’ve since been accounted for. 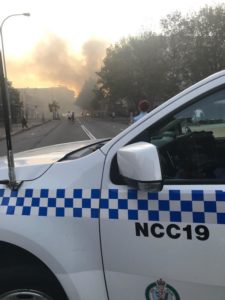 Police say there has been evidence of squatters occupying the building prior to the incident.

Detectives will be conducting an investigation into the cause of the fire once they’re able to access the building.