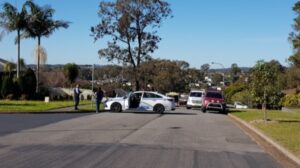 A man’s been charged over yesterday’s alleged siege at Maryland.

Police were called to a home on Warkworth Street just before 9:30am after a domestic dispute was reported to them.

Officers say a man armed with a knife confronted them while two women and two children were inside the home.

It’s alleged he then shot at police with an air pellet gun, causing a constable and a sergeant minor injuries.

Negotiators, Tactical Operations and Police Rescue were deployed shortly after.

The 30-year-old surrendered after about two hours and was arrested.

He’s been charged with nine offences.

The man has been refused bail and will front Newcastle Local Court today.