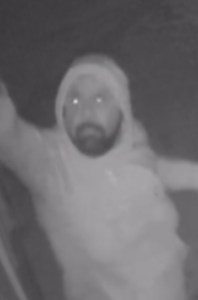 Police are appealing for information as they continue investigations into suspected arson attacks at Wallsend in the past couple of months.

It’s understood a home on Metcalfe Street was targeted three times on the 24th of June, 18th of July and 30th of July, causing damage to the front and side of the home, a carport and a vehicle.

An elderly woman was inside the home at the time of all three incidents but was uninjured.

Investigators have released CCTV images and would like to speak with a man depicted.

He’s described as being of Aboriginal or Torres Strait Islander appearance, between 170 and 180cm tall with a solid build and facial hair.

Previous ArticleMan Dies in New Lambton Heights CrashNext ArticleDr Ross Walker: Is there a Covid-19 Vaccine on the Horizon?