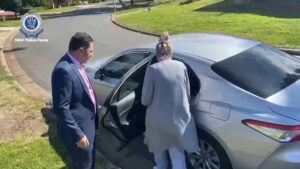 A woman’s been charged with having an inappropriate relationship with a former inmate of a Hunter gaol.

Strike Force Canopus began investigating the matter after receiving a referral from the correctional facility back in June.

It’s allegedly been determined a Service and Programs Officer engaged in a relationship with a 56-year-old male former inmate.

The 52-year-old woman was arrested at a Muswellbrook home yesterday morning.

She’s now had her employment suspended and is on strict conditional bail.

The woman will front Muswellbrook Local Court on the 21st of September.