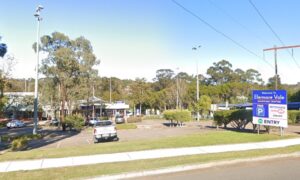 Police are appealing for information about a robbery at Elermore Vale yesterday afternoon.

It’s alleged two men approached another man in the car park of the shopping centre around 4pm, demanding his phone, wallet and car keys.

The victim obliged and the two offenders fled the scene onto Croudace Road in the man’s blue Subaru Liberty sedan.

One of the alleged offenders is described as being of Caucasian appearance, aged between 25 and 30, with a thin build and short, red hair.

He was last seen wearing a black jumper and black tracksuit pants.

The other man is described as being of Middle Eastern appearance and aged between 27 and 30.

He was last seen wearing a black t-shirt and grey shorts.