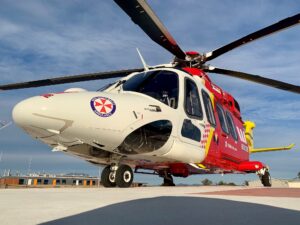 A woman’s in a stable condition following a crash on the M1 at Morisset this morning.

It’s understood the 37-year-old was travelling north along the motorway around 6:30am when her van rolled as it approached Mandalong Road.

The woman suffered serious arm fractures as a result of the crash.

She’s since been airlifted to the John Hunter Hospital by the Westpac Rescue Helicopter.

The crash caused the M1 to be closed northbound for some time, however conditions have since returned to normal.

Previous ArticleIs Pink Salt Actually Good for Us?Next ArticleOn Oct 21 the City Of Newcastle leave the lights on for a good reason