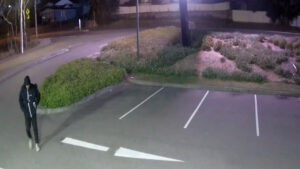 Police are appealing for information as they investigate an armed robbery at Mount Hutton earlier this year.

It’s understood a man armed with a firearm entered a bottle shop on Wilsons Road around 6:15pm on the 27th of September and demanded cash from the 24-year-old employee.

The offender fled the scene towards South Street, Windale.

CCTV footage has now been released and police are hoping to speak to the man pictured.

He’s described as being around 180-185cm tall and was wearing dark clothing at the time.

Previous ArticleTech Talk – Does the New Google Chromecast out class Apple TV?Next ArticleGary Harley’s tips for the Cup and tribute to ‘Macca’ McDermott

Cyclist Hit By Car at Rutherford

The PM’s Coming To Town!

MISSING: Have You Seen Allan Bentley?