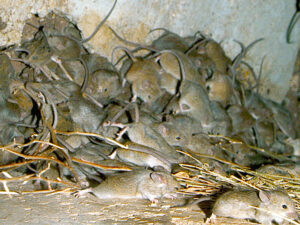 Under the extension, primary producers will now be able to claim a 50% rebate on zinc phosphide products up to the value of $10,000.

Deputy Premier, John Barilaro says it will give locals some relief going forward.

“When the mouse bait and treated grain programs were announced, I said there would be more support to come and today, I’m pleased to confirm we will extend the program to include primary producer rebates for zinc phosphide,” he said.

The government is also working with manufactures to shore up supplies of the chemical, by providing $5 million in transport costs to ship it to Australia.

Minister for Agriculture, Adam Marshall says they want to make sure NSW farmers have access to the products as soon as possible.

“We will make sure zinc phosphide baits produced as part of this arrangement are earmarked for sale to NSW producers first, and we will continue to work to connect manufacturers with Commonwealth support such as the International Freight Assistance Mechanism.”

The new rebate scheme is in addition to the $50 million package already announced by the government, which includes $1,000 rebates for mouse bait, traps and cleaning products.

Previous ArticleUp The Blues!!! Danny Buderus spoke to Richard and Shanna about tonight’s game: The Blues v QueenslandNext ArticlePhil Dibben from Scott-Dibben Chemist Warehouse, Why It’s Easier To Access Pharmacies To Get Vaccinated