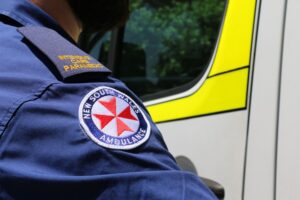 A man has been injured and a woman has been assaulted after an altercation at a home near Maitland.

Just before 8pm last night, a 28-year-old woman and a 35-year-old man were inside an Alliance Street home, East Maitland, when three men and two women arrived at the home.

Police have been told the two groups were arguing when the situation escalated, and the 28-year-old woman was allegedly assaulted.

It’s then alleged one of the men has struck the 35-year-old male resident several times in the back with a tomahawk.

The injured man contacted emergency services while the group left the scene.

The man was taken to the John Hunter Hospital in a stable condition; his injuries are not considered life-threatening.

Following inquiries, about 12.20am police attended Bruce Street and arrested a 20-year-old woman.

She was granted conditional bail to appear at Maitland Local Court in August.

Anyone with information about this incident is urged to contact Crime Stoppers: 1800 333 000 or https://nsw.crimestoppers.com.au.