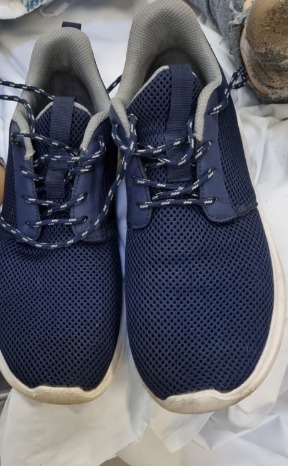 A man has died at Nelson Bay on Wednesday and police are appealing for assistance in identifying him.

Police say the man was found unconscious at about 12:45pm on Bridle Track – located between the Nelson Bay Marina and Dutchies Beach.

CPR was performed on the man by members of the public until emergency services arrived, he however died at the scene.

The man’s death is not being treated as suspicious. Police have been unable to identify the man in an effort to notify his next of kin.

Police say the man is of Caucasian appearance, aged between 35 and 45, 170-175cm tall, of solid build and with dark brown, greying hair. He was was wearing an ‘Urban Supply’ black T-shirt, ‘Mossimo’ black shorts with white trims, grey socks and blue sneakers.

Anyone who can help identify the man is being urged to contact police.

An image of the shoes the man was wearing has been included in this story.