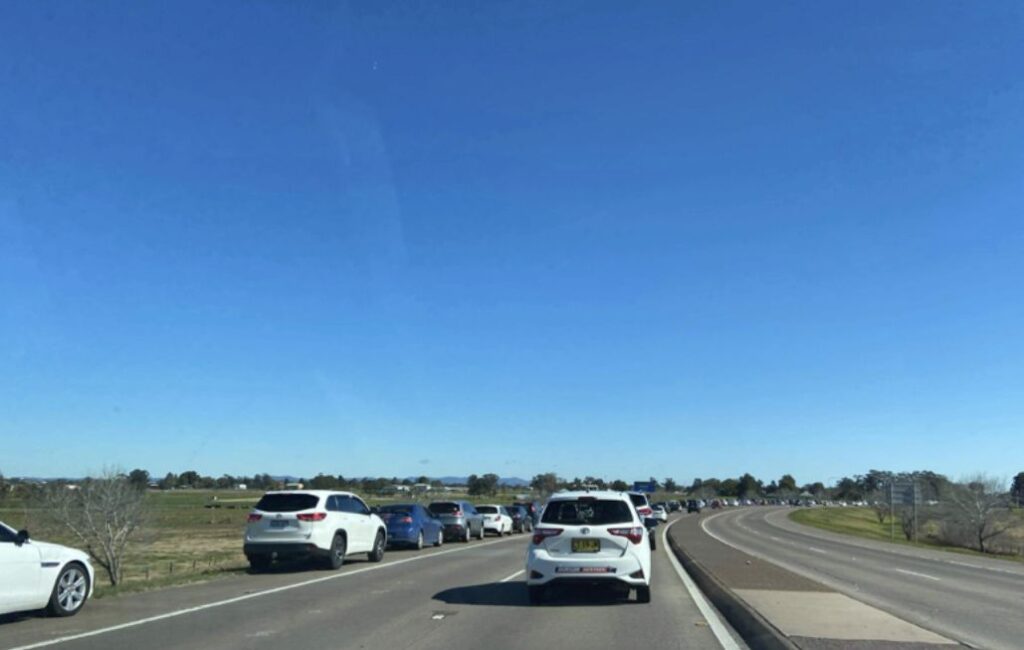 Maitland MP Jenny Aitchison said she doesn’t know how we’re going to get through the backlog of COVID-19 testing needed in the area without more testing clinics.

She’s calling for a NSW Health run testing site to be set up to help get rid of some of the backlog of people who need a COVID-19 test.

Testing sites are buckling under the pressure of so many people lining up for a test reaching capacity not long after opening which is what has happened at the Maitland Showground testing site today.

Jenny Aitchison said in addition to that we only have half the number of testing clinics that we did before Christmas.

“While that’s understandable, they’ve got their own staffing issues, etc. there is no NSW Health testing facility in Maitland. I’ve asked the government to provide a testing resource considering our numbers are quite up there.”

“It’s a real concern when we know there are people sitting at home right now who have symptoms, who have had a positive rapid antigen test but can’t get tested,” she said.

It is hoped the situation will improve with a national definition of a “close contact” which Prime Minsiter Scott Morrison is taking to National Cabinet today, and more Rapid Antigen Tests being made available in January.

Until then though ,there have been reports of people waiting for up to seven hours to get tested in Maitland this week.

“I don’t know how we get to over the hump of the Christmas period. I had messages from people who were turned away from testing in Maitland because there just wasn’t enough of it so where are they going to get tested? They’ll be lining up today even earlier and it goes on from there,” said Jenny Aitchison.

She added she’s also concerned people who should be getting a COVID-19 test aren’t because of the long lines and time that will be spent sitting in cars waiting.

“I get this whole thing that people don’t want to add to the queues and they don’t want to be caught in a queue but if they have COVID symptoms they should be getting a PCR test and getting in touch with NSW Health at some level and recorded and more importantly than that we want to make sure they are getting the best care that they can get to treat their condition,” said Jenny Aitchison.

Today Maitland recorded 97 new COVID-19 cases in the 24 hours to 8pm last night, but some of those could be from tests in previous days as well.