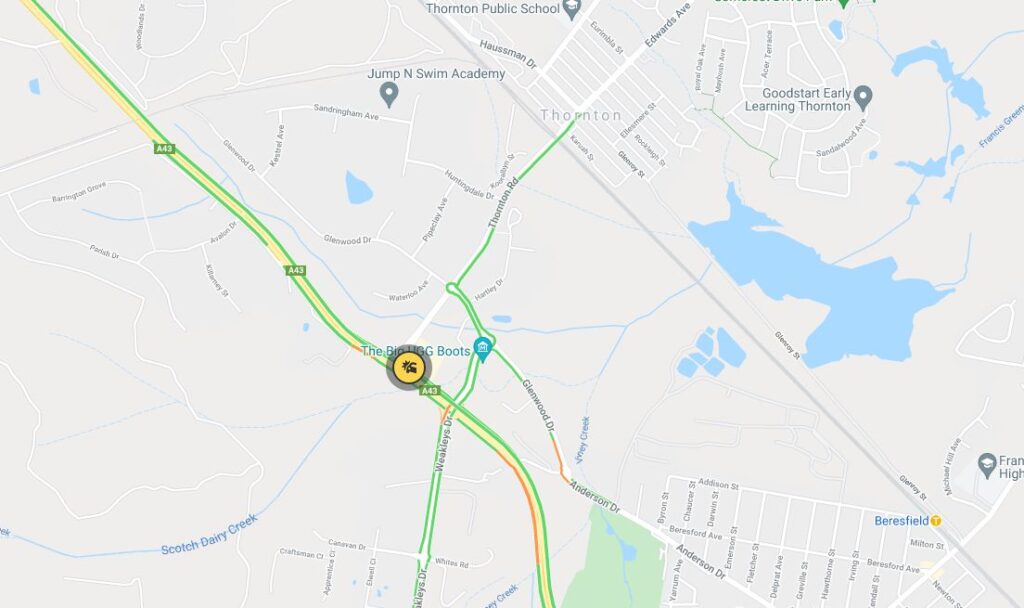 TRAFFIC UPDATE 9AM: 1 of 2 westbound lanes is now open on the New England Hwy after this serious crash. 1 westbound lane remains closed, but the diversion has been lifted. Police are urging motorists to avoid the area.

A man has died after being hit by a car at Thornton in the early hours of this morning.

Police say emergency services were called to the New England Highway at Thornton Road just after 2:30am following reports a man had been hit by a Ford Falcon Sedan.

Despite their best efforts the man sadly couldn’t be revived and died at the scene. He is yet to be formally identified.

The male driver of the car, a 30-year-old man, has been taken to hospital for mandatory testing.

A crime scene has been set up and there are traffic diversions in place via Weakleys Drive as the road is closed westbound.