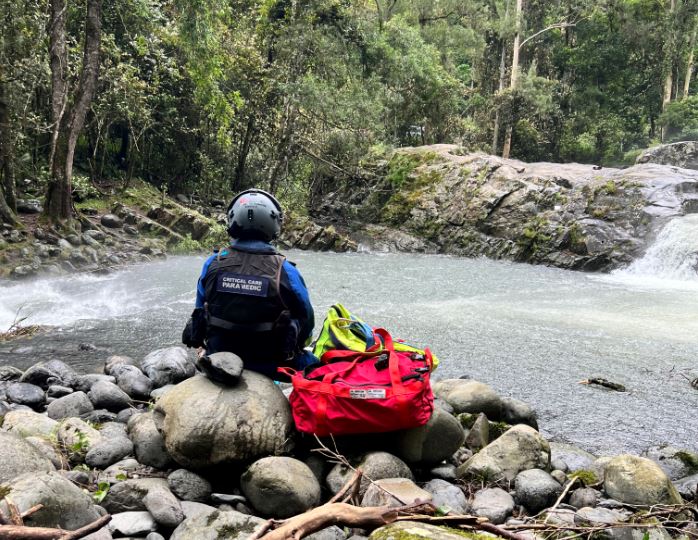 The Hunter’s Westpac Rescue Helicopter was on the scene at Gresford on Friday afternoon, after a man was pulled from a watering hole unconscious.

It’s the second time the service has been tasked to the location within a week under the same circumstances.

At about 4:10pm the chopper attended the incident at Ladies Well, Upper Allyn to find bystanders performing CPR on the man.

Due to the location, the Critical Care Team had to be winch inserted 150 feet into the patient, who was on the opposite side of the river, with emergency services unable to reach him.

It’s believed the male, in his mid-20s, was caught under a turbulent water between one and two minutes and was pulled unconscious from the water by bystyanders who begun CPR until emergency services arrived.

The man was further stabilised by the medical team and placed in a winch stretcher and pulled on board the helicopter, before being flown to the John Hunter Hospital in a stable condition.

The chopper crew are praising the efforts of bystanders who they believe most certainly saved his life and continued CPR until medical assistance arrived.