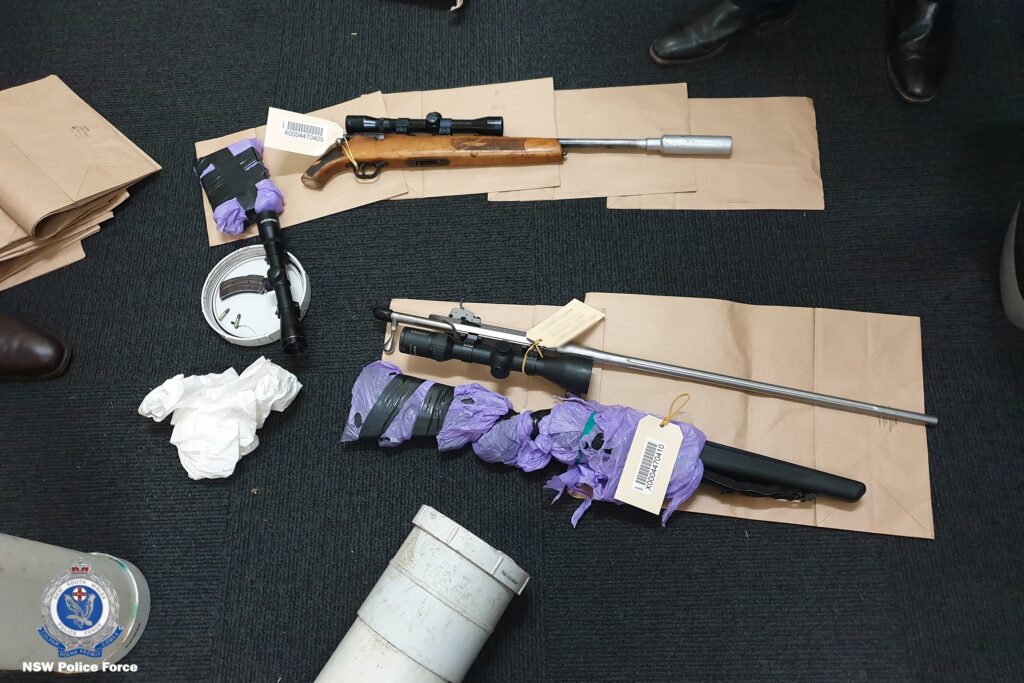 Two men have been charged with a raft of robbery and arson offences in the Hunter spanning five months.

Police formed a strike force in October last year, and have been investigating links between six incidents across the Hunter Valley.

On Sunday, Strike Force detectives attended a workplace in Muswellbrook and arrested a 19-year-old man.

A second man of the same age was arrested a short time later after presenting to Singleton Police Station.

Following a search warrant on TWO properties at Bridgman and Muswellbrook, as well as a search of an area of bushland, a machete and five firearms were seized.

Image: guns seized by police after searching bushland in Bridgman.