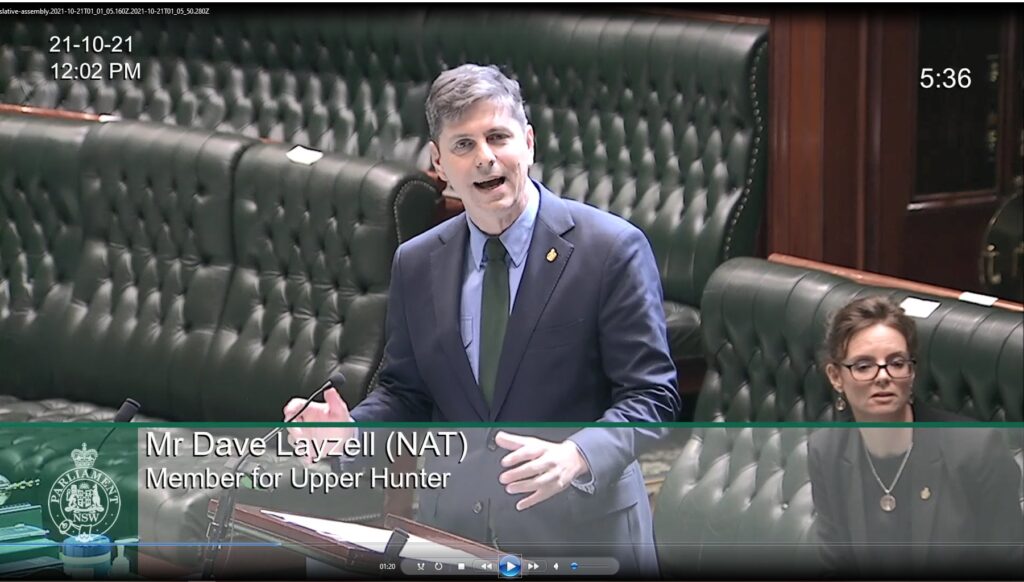 Local farmers are up in arms about a raft of changes the NSW Government is proposing in a Draft Water Sharing Plan.

The Hunter Unregulated and Alluvial Plan is reviewed every ten years and a review was completed in 2020 for the next update which is due by mid this year.

The changes proposed in the draft include implementing cease to pump rules for farmers from one end of the Hunter to the other, and asking farmers to install pump metres which could cost up to $10,000 per pump point.

Matt Whitten, a farmer in the Martindale catchment, said he doesn’t agree with any of the changes proposed, particularly the cease to pump rules.

“There’s multiple layers before you should even get to that point, I think we should all have metres on this side of the divide so we know exactly what the water intake is in the Valley and then we could control it with real data.Our particular valley has one measuring point and I‘ve got data that says that level is incorrect and there would’ve been 94 days of water flowing past me before they would’ve given me the green light to pump again.”

“The mental health in those drought periods is high enough without getting told you can’t pump when there’s water running past,” he said.

“We don’t really need bureaucrats to tell us how to maintain good quality rivers and good farming practices, we know how to do that,”

“Submissions are the way so politicians understand, we vote them in and we can vote them out. This will be a big impact on the farming community,” said Matt.

“I’ve been asking all irrigators to have a look at that plan and put forward their objections so that we can have a really robust discussion with Water NSW about the plan and what it means for our area.”

“I believe our farmers are the best environmental managers and they really do look after their environment and of course they make sure the river systems remain healthy, they agree when to stop pumping among themselves and we’ve seen that particularly on the Williams, the Allyn River, water organisation work to make sure they don’t over extract the river system,”

What the department is now trying to do is put a framework around that,” said Dave Layzell.

“That came out a couple of years ago when we had huge problems in the Murray Darling system of over extraction by a very small percentage of farmers but as a result of that there is now a policy asking everyone to provide metres on their pumps so the department and the regulator can monitor it,”

“That is a challenge for very small irrigators and I know a number of farmers who may have two or three pump points in the river and of course these metres can cost anywhere from $10,000 to $15,000.”

Ross Cadell, the National Party Senate Candidate for the upcoming election said in the end, common sense should prevail.

“I think in the end common sense will prevail. What we’re talking about is letting farmers decide when the salinity levels mean they won’t pump, not some bureaucrat in Sydney and that’s the way it should be,” he said.