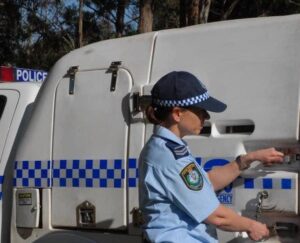 A thief thought he’d taken a golden opportunity at Kotara last week, but it wasn’t to be.

Newcastle City Police District officers say on Friday 4th March a person stole a solid gold men’s bracelet worth about $20,000 from a jeweler at Kotara.

Investigations led police to identify a 40-year-old man as the suspect.

The man was arrested at Carrington by police at about 3am on Saturday morning, and was allegedly still wearing the bracelet.

He was taken to Newcastle Police Station where he was charged with larceny (property valued over $15000) and a revocation of parole warrant.

The man was bail refused to appear in court.

The property was returned to the owner at Kotara.
kotaraNewcastlenewcastle city police
Previous ArticleDemolition work continuing this week at the former woolsheds at WickhamNext ArticleHunter bracing for more flooding rain