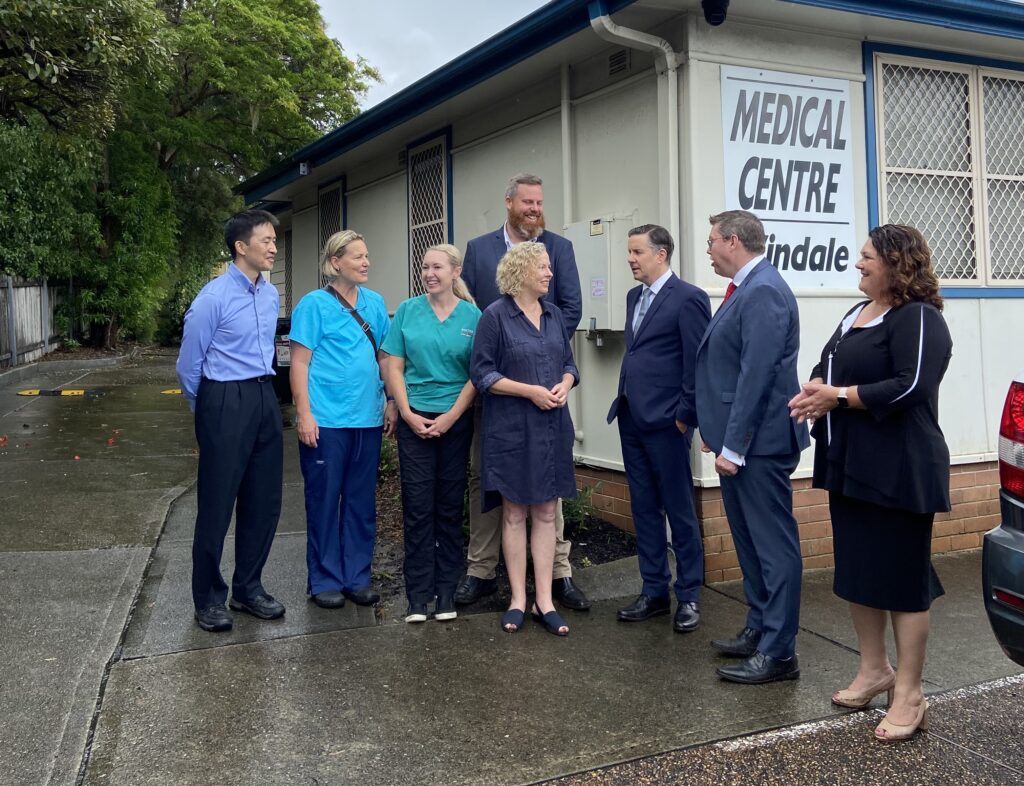 Labor are gearing up for the looming federal election, hitting the ground in the Hunter on Tuesday, promising to fix the local GP shortage.

Parts of the region, have been reclassified as metropolitan as part of the Distribution Priority Area (DPA), meaning locals are missing out on access to overseas doctors and graduates of the Bonded Medical Program.

Currently parts of the Hunter, including Newcastle, Raymond Terrace, Maitland, Lake Macquarie and parts of Cessnock are classified as metropolitan and don’t have access to the perks of the process, while Medowie, Nelson Bay, Kurri Kurri and Singleton are all enjoying the fruits provided by the DPA.

Newcastle applied for a review of its classification, but it was not granted last month, meaning a further review won’t be undertaken until July 1, 2022. The Distribution Working Group found that there is increasing demand in the region for GP services as a result of population growth, but that there are stable full time equivalent GP levels within the catchment.

The federal opposition is vowing to reverse the classifications, making the entire region eligible for more doctors under the DPA.

Shadow Health Minister Mark Butler says as the seventh largest city in the country, it shouldn’t be this hard to see a GP.

“149 practices in this region were no longer able to supplement their workforce with overseas trained doctors or bonded medical doctors from elsewhere in Australia and that has led to obvious results. It’s never been harder to get in to see a GP in this region.

“Labor will reverse that cut and we will restore the priority status for this region, which will start to fix the GP priority crisis that the people of the Hunter have been living through over recent years,” Mr Butler said.