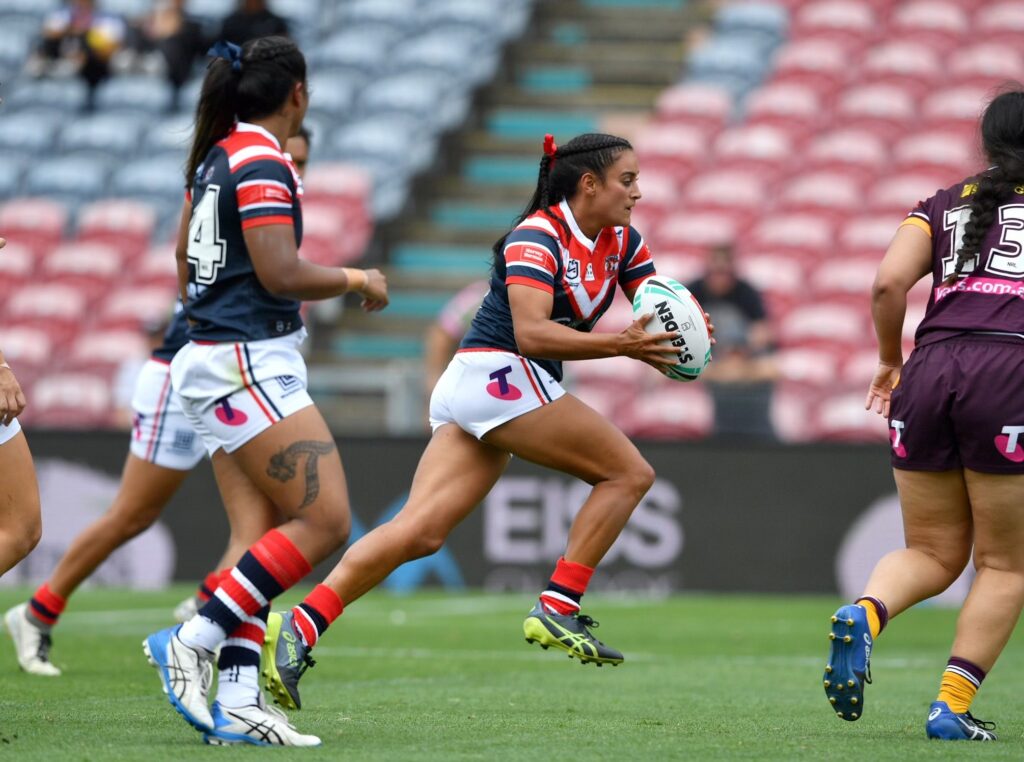 A local NRLW player says as a sport they are already Breaking The Bias.

#BreakTheBias is the theme for this year’s International Women’s Day which is being celebrated across the world today.

She told NewFM NRLW is the very definition of breaking the bias.

“I love #BreakTheBias, I think especially with us playing a male dominant sport I feel we’re already basically breaking the bias as female NRL athletes. I think as well not pigeonholing females into having to do that or they’re only allowed to do this, it’s definitely something that we’re doing as NRLW players,” she said.

NRLW is becoming more and more popular as a sport with plenty of focus right now as the men’s NRL is yet to start.

“It’s definitely a focus and I think because there’s no other rugby league on at the moment, it’s a bit of a teaser for when the boys start on the weekend,”

“It is continuing to get better and I think that the more grassroots female players that come through, I think its going to get as big as the males but it will take time. They’re an industry that’s been around for a long time so we can’t expect the females to be on the same sort of playing level but I love that it is continuously growing,” she said.

It hasn’t been the best start to the NRLW season for the Sydney Roosters. In their opening game they lost against the Brisbane Broncos 20-4 and in their second round last weekend the Roosters lost against the Gold Coast Titans 26-16.

“It’s going well, its a bit of a rough start for the Roosters girls coming off two losses, so we have a lot of learning to do and a lot of picking up points for the rest of the season.”