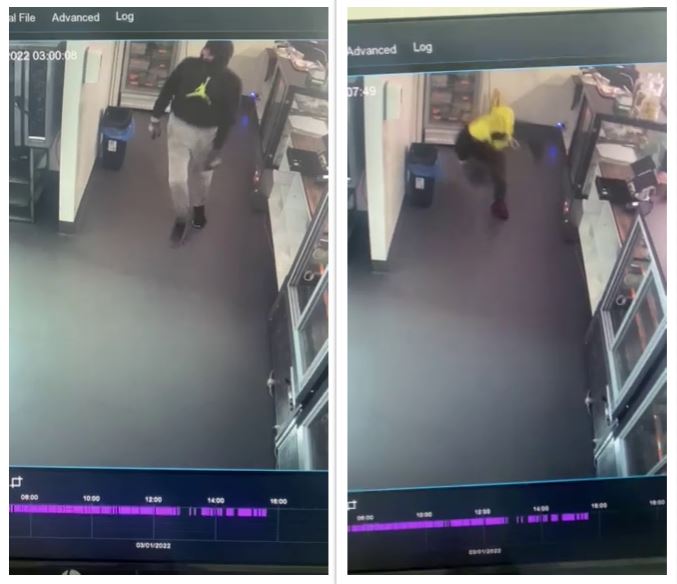 Police have released CCTV images of two males they wish to speak to in relation to a break andenter at a Thornton shop.

At about 3am on January 3, 2021 two males forced their way into Ridgey Didge Pies on Weakley’s Drive.

CCTV has captured the two men, breaking their way in, tearing the locks of the doors and stealing a large sum of money from a safe.

One of the men was wearing long trousers, a black long sleeve hooded top with a prominent logo on the chest and black shoes with white markings on the side.

The other one, was wearing long dark pants, split coloured hooded top (top half yellow and bottom half a dark colour) and dark footwear.

Police say they’ve established Strike Force Aldus to investigate the incident and have received a strong response from the community, but need more help.

Anyone with information about the incident is urged to contact Crime Stoppers on 1800 333 000.