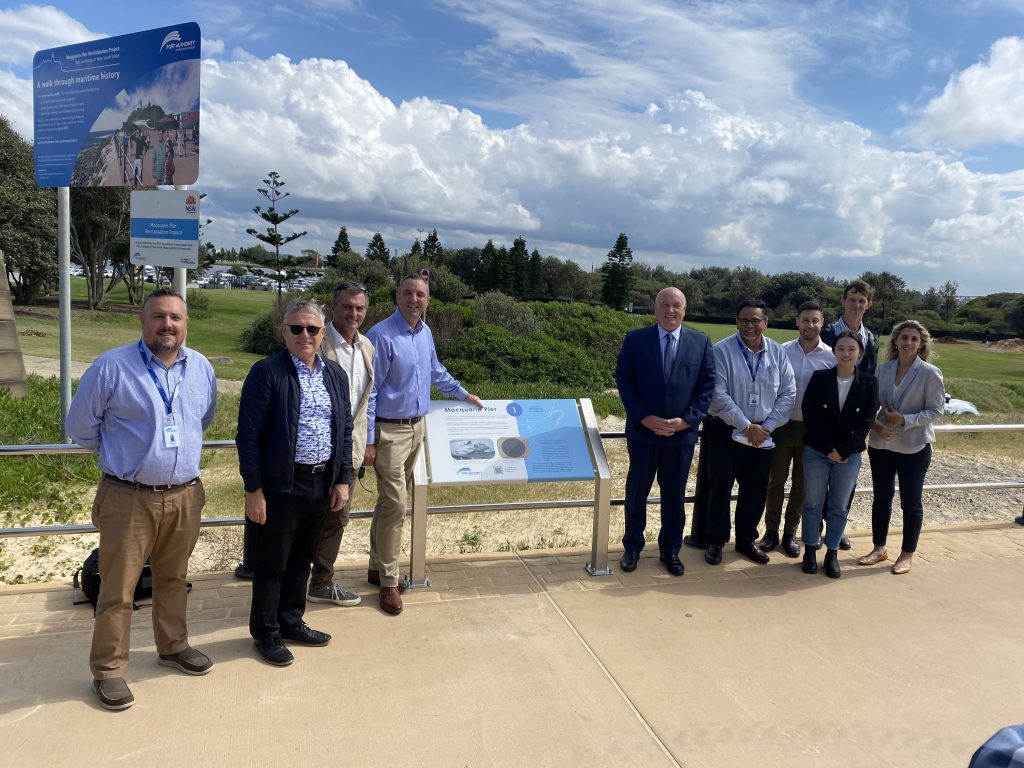 The Port Authority of NSW officially unveiled their completed Macquarie Pier project in Newcastle this morning.

Minister for Transport and Veterans David Elliott is spending the day in Newcastle and was on hand to officially open the iconic Newcastle walk with Port Authority CEO Philip Holliday.

The Port Authority spearheaded the $1.85 million project, the first stage included a widened waterside footpath, a space for gathering and relaxing, sandstone seating and maritime-style fencing.

This second stage adds to that, with new signage and an interactive audio tour.

“Novocastrians should be proud of their city’s rich history and this $1.85 million project is just another way we can pass the tales of the past onto another generation,” David Elliott said.

“From kids to history buffs, tourists to locals, this walkway with new signage and an interactive audio tour captures the importance of the harbour and maritime industries.” 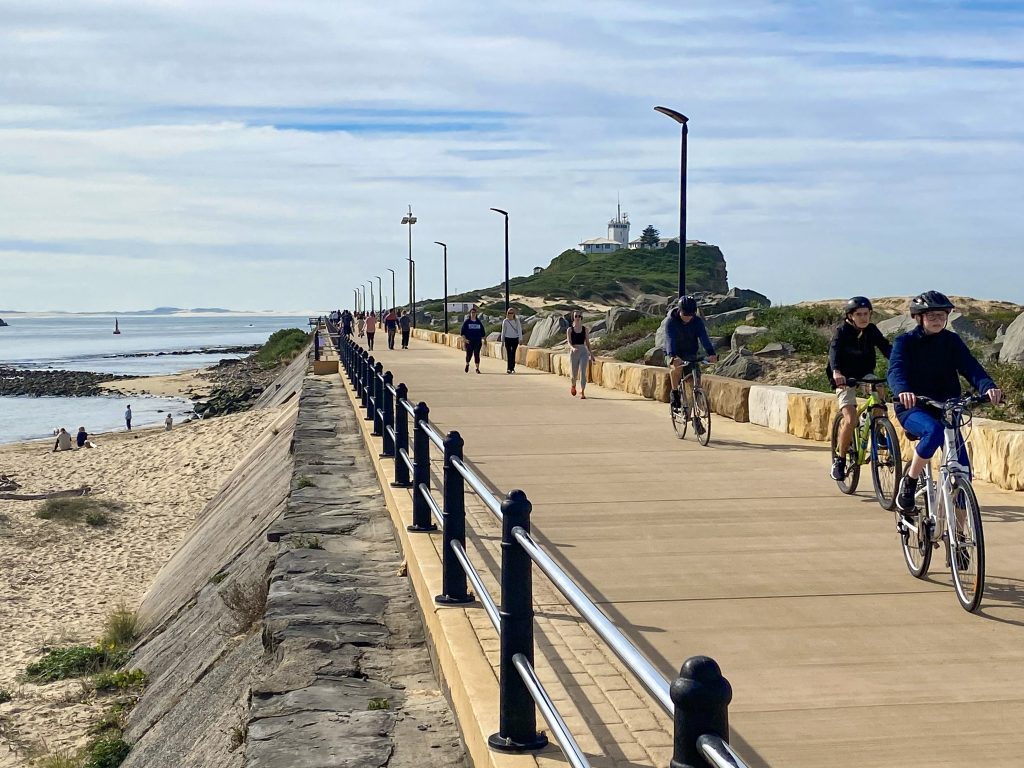 Port Authority CEO Philip Holliday said this project is about giving back to the people who live, work and enjoy the areas we operate around the Harbour.

“It’s been terrific to collaborate in developing this immersive audio tour and informative signs packed with historical facts and photos – we hope others love it as much as we do,” Philip Holliday said.

Local historians and archivists from Hunter Living Histories were consulted in the making of the audio tour and signage which explore everything from volcanic activity 300 million years ago that created Nobby’s Headland to the period when Newcastle was shelled in war time.

The Macquarie Pier Revitalisation Project is jointly funded by the NSW Government in association with Port Authority of NSW, and has been generously supported with contributions from Port of Newcastle.