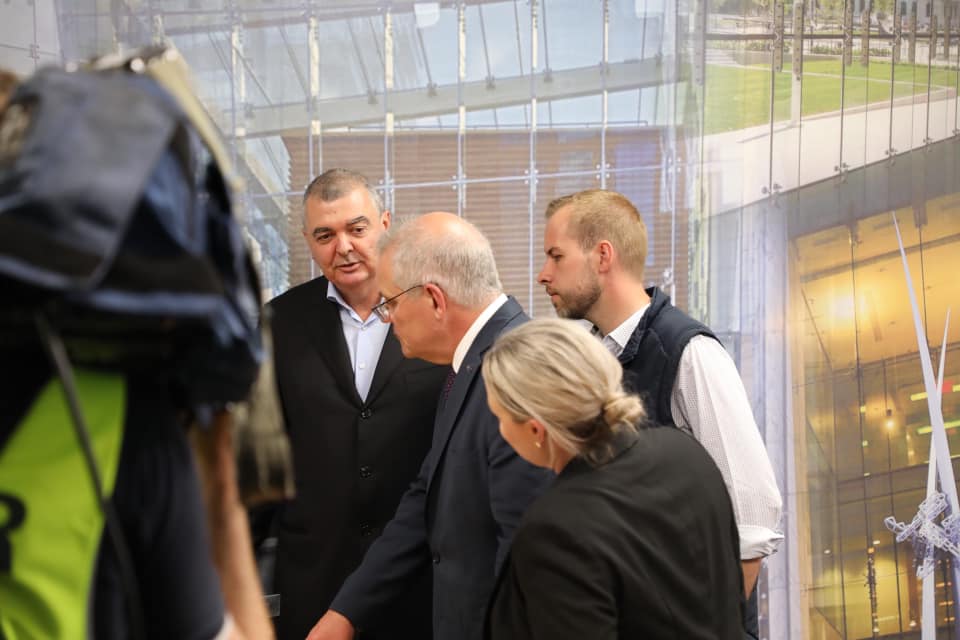 The Prime Minister was confronted by an angry punter in a flying visit to the Hunter yesterday afternoon.

Scott Morrison flew into Newcastle to drop in on local businesses including Nupress Group at Cardiff, and then went to Edgeworth Tavern to meet with locals.

It was there that one man on the pension aired his grievances.

“You treat a disability pensioner who has worked all his life, paid his taxes, now he’s being taxed again! This is what you said when you got elected… we’re going to help all those people that worked all their lives, paid their taxes,” the man told the Prime Minister.

“Hey! I’m doing this before the election mate, because this is two promises that you made!”

At the Nupress business Scott Morrison spruiked the three quarters of a billion dollars the Hunter benefited from in last weeks Budget.

“it helps the Hunter transform, whether its in new energy such as hydrogen or making sure the biggest coal port here in Australia is out there exporting to countries all around the world.”