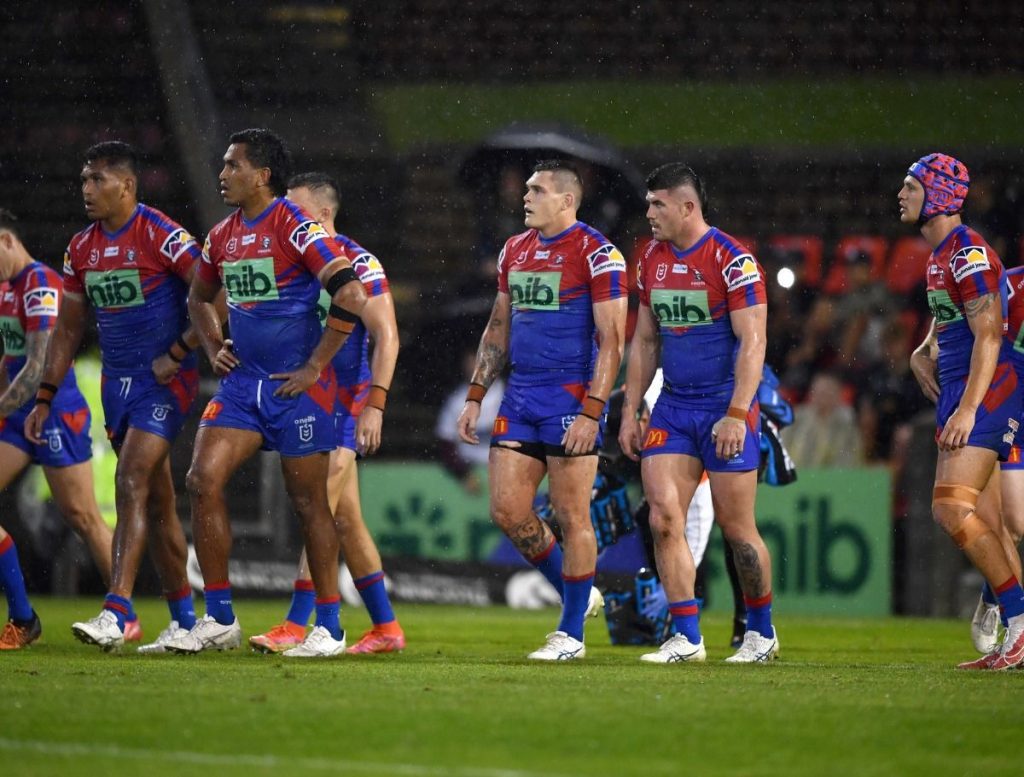 The Newcastle Knights suffered not one, not two but three injuries within the space of about 15 minutes last night, crippling the side against the Manly Sea Eagles.

In the first half the Knights lose Dom Young with a knee injury, Jirah Momoisea with an elbow injury and star fullback Kalyn Ponga was sent off for a head injury assessment (HIA) after a knock.

Kurt Mann stood in as fullback while Kalyn Ponga was off. He passed the HIA and was back on the field in the second half.

Knights Coach Adam O’Brien says really, it was a a disappointing performance.

“Our game was riddled with errors and ill discipline, penalties, we fought hard to get back into it in the second period but then undone it with some ill discipline.”

“That’s one thing I’ll never question with our guys is our courage and our bravery and I’d like to not have to showcase it all the time with injuries and people in the bin over the last few weeks, but again I’ll never question that with our guys. I know they are courageous, i know that they care and there’s a tonne of effort going in but you can’t excuse the errors and the ill discipline.”

Kalyn Ponga said post-game they did give it their all, but at some stage they let the game slip away.

“I thought we fought pretty hard in that second half to get back,” 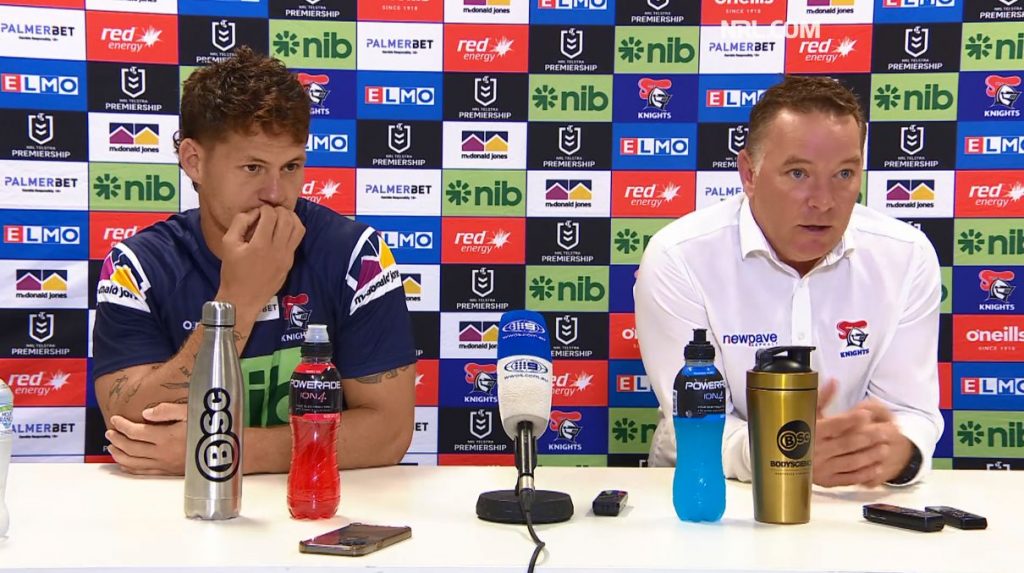 The Knights have been in the spotlight the last few days after Ponga met with Dolphins Coach Wayne Bennett supposedly about the fullback’s future.

Ponga refused to comment on what the meeting was about.

“I don’t know if you noticed but every time you ask me I don’t give an answer, so stay patient,”

“My focus is always here and you know that.”

“I’ve moved on… for me know my next focus is reviewing the game, recovering and looking ahead to next week that’s my focus,” said Ponga.

Adam O’Brien didn’t have too much to say either, other than reassuring the media Ponga’s focus hadn’t diverted away from their game play.

“It wasn’t a lunch date.. its his right, its in his contract… I’m comfortable because I don’t see a dip in any of his preparation or hunger at training,”

“At the end of the day I want him to make the best decision with all the information on the table, then there’s no regrets, if he chooses to stay then he’s made the choice with all the facts so I’m really comfortable with it either way.”

Media continued to pepper the pair with questions at the post-game press conference which ended in the the Coach and Ponga up and leaving mid question.