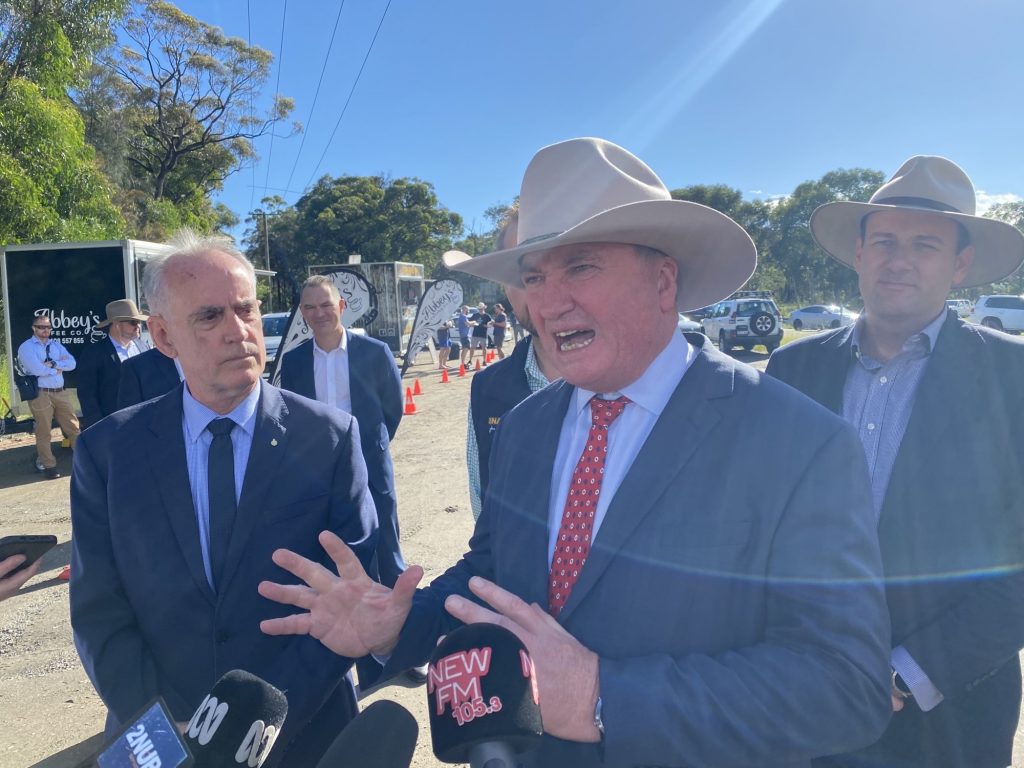 A key east to west transport route at Lake Macquarie has been given some loving, as the federal government looks to secure more votes in the region.

Two roundabouts on Mandalong Road at Morisset will be replaced with traffic lights and the stretch of road between the M1 Pacific Motorway and Freemans Drive will be duplicated.

Deputy Prime Minister Barnaby Joyce was in Morisset this morning to announce the funding and says the upgrades will unlock massive investment in the area.

“Effective road infrastructure to carry the goods that people want to buy is critical to support economic growth.

“This upgrade forms part of the Coalition’s $750 million investment into the Hunter region to expand into new export industries while continuing to support traditional industries, strengthen the local economy and grow the Hunter’s position as a leading exporter to the world,” Mr Joyce said.

Along with the replacement of two roundabouts and the duplication, additional turn bays will be included to ensure motorists and heavy vehicles are able to turn into and off Mandalong Road, which intersects with the M1 Pacific Motorway.

It’s hoped the upgrades will unlock potential for surrounding lands to be developed for residential and commercial purposes.

Lake Macquarie Council CEO Morven Cameron says investors and families are already targeting Morisset for its strategic location and capacity to service residential and commercial needs, with more than $1.2 billion of housing, tourism, commercial and industrial development poised for delivery.

The cash is already locked into both state and federal budgets.