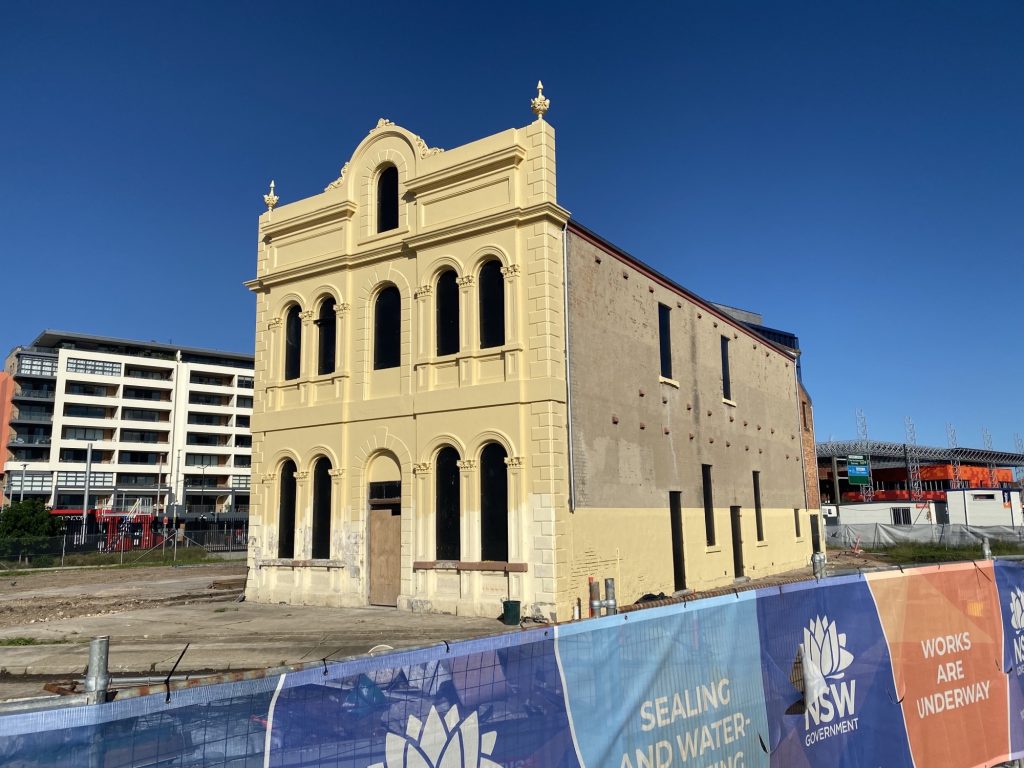 Works to repair the former Wickham School of Arts building at Honeysuckle has reached a new milestone.

Scaffolding which has been hiding the works has been removed exposing a freshly painted exterior and surround non-heritage buildings have been demolished.

Hunter and Central Coast Development Corporation are behind the improvements and are working to repair the rood and waterproof the building, with a completion date of mid this year.

A rear annex which was added in the 1950s has also been removed.

Before works began, Chief Operating Officer Valentina Misevska said HCCDC wanted to give the building the best possible chance of being repurposed as part of that [Honeysuckle HQ] precinct.

“In 2020, we undertook community engagement into the final future use and function of the remaining Honeysuckle lands, and people told us that the site’s important social, Aboriginal and European heritage needs to be considered.

“These works are one way we are looking at achieving this,” Ms Misevska said.

The future use of the site is yet to be determined.