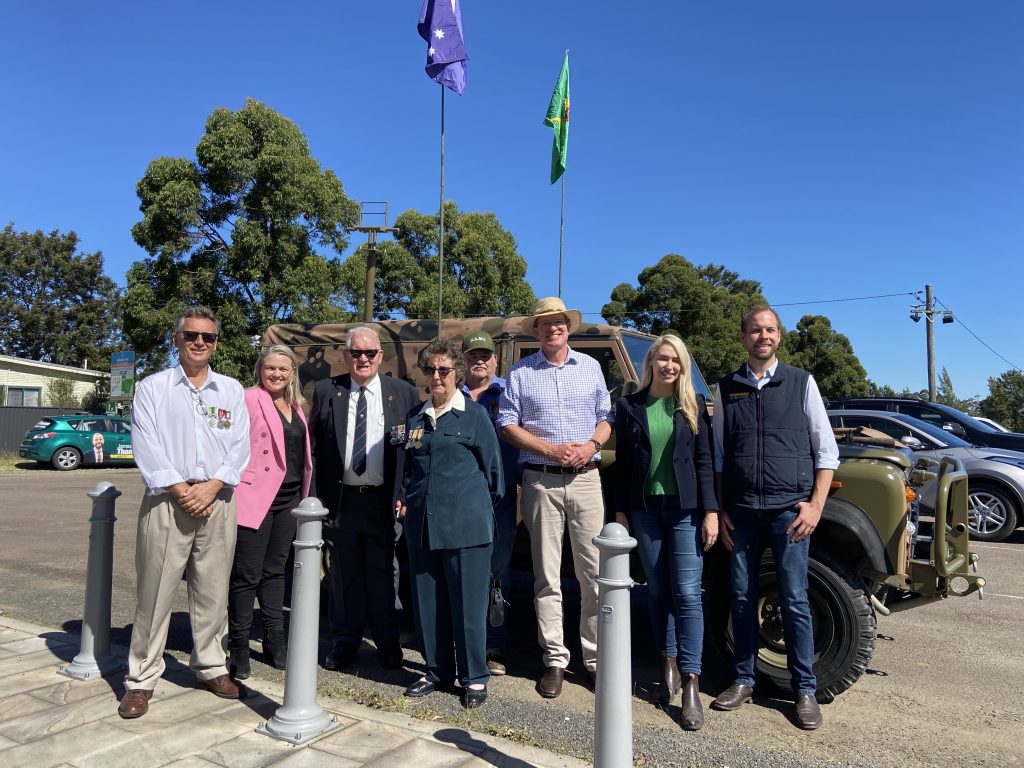 The centre’s are designed to be a one-stop-shop for veterans and their families to access a range of support services, with six already in operation in other areas of the country.

The opposition made their pledge last week, with their Shadow Minister for Veterans’ Affairs in the region to announce their commitment.

On Thursday, the government matched the commitment with their own Minister for Veterans’ Affairs visiting Branxton to make the announcement.

Minister for Veterans Affairs Andrew Gee says the project is still in it’s early stages but the ball is rolling.

“We are going to take expressions of interest. We haven’t got a set location yet and I think part of the process of setting one up is talking to the community and getting proposals as to where it would be best placed.

“We’ll take a number of expressions of interest and there will probably be a number of organisations that will put up their hands, that’s been the story of these wellbeing centre’s around Australia.

The announcement has been welcomed by local organisation Hunter Anzac Memorial, a charity which supports veterans mental health and wellbeing.

“The Hunter has a very rich and proud place in military history and defence of Australia and the Ministers announcement about the centre in the Hunter, which has been worked on for quiet some time, is well deserved,” Mr Wild said.